Text preview of this essay:

This page of the essay has 1916 words. Download the full version above.

Vikings who are they?

Many people do not know who Vikings really are as a culture or people. Many in the past as well as today, picture Vikings in a cruel and ignorant way. Hollywood portray Vikings as people that take over their enemies lands and possessions. Even though that might be true. That’s not what Vikings are about. They are a whole lot more than just killing and murdering people. This research paper is going to discuss; who Vikings really are, who their enemies were, what their beliefs or religion was, and finally how the Vikings partook in War.

Vikings where Norse seafarers, they lived during the late 8th to the late 11th centuries. They raided and traded from their homelands in Northern Europe to other areas in Europe. They also explored and raided Iceland, Greenland, and Vinland. They are Norwegians, they traveled from Scandinavia to Britain. They settled in Danelaw, which is to the north and east of England. Some of the Vikings in Norwegian sailed and stayed in Scotland. That’s where everybody knows them from. Movies picture them from Scotland with a huge Scotland accent. This is true somewhat, Vikings were spread out all over Europe. Some of them made settlements in the north of Shetland and Orkney Island.

What did a Viking warrior had to like? “Viking warriors had to be physically fit and skillful with all Viking weapons.”( Source 1 chapter Art of War pg.53) Another important part of being a Viking warrior was how you died in a battle or at war. Vikings took heavy pride in how they died. If they did eventually end up dying or was put in a position where they knew they were going to die, they wanted to die the Viking way. A way in which other Vikings would respectfully remember them and carry their legacy. A Viking warrior had to perform well in battle in order to be remembered as well. Modern day soldiers, may question if performance in battle was important. But in Vikings time you wanted to die in a respectful way, it was important to be remembered.

Viking warriors had to know the tactics in war. Using tactics was important, as Vikings viewed them as acceptable and something to highly honor. Life as a warrior you had to be physically strong. Training to become a Viking warrior started at the age of 5 or six years old. When you were about ten years of age it was expected to partake in athletic competitions alongside adults. This is how intense Vikings are in training their warriors.
From smaller warriors to larger warriors had to compete in the same competitions. Imagine everyone making fun of you because you lost to a ten year old.
Children played sports in order to harden their bodies. You may question, why did children have to harden their bodies at a young age? Vikings did their best to raise and create the strongest young Scandinavian boys to become strong warriors. This helped the young boys to enhance or build up their skills in war. Most of the sports at that time were similar to today. But some of them are a little weird. The sports consider of ; composing poetry, riding, swimming, skiing, shooting, rowing, and playing the harp. There were also games that enhanced your thinking ability. Some of the game are; chess, carving, runes, smithy work and book learning. See they considered some of these games and events as sports in their time. It does seem a little odd how composing poetry could be considered as a sport, but it was in the Viking age.

Training Viking warriors with various types of weapons was crucially important. A Viking leader had to know how to use each weapon that came to them. If they didn’t, they weren’t prepared to be a leader at all. Archery also an important facet to war in the Viking age. Archery competitions and training was led by experienced Viking instructors.

Vikings had to do two types of duals. One was called trial by combat, the rules is that whoever loses the dual had to fight the combatants to death. The second was a little stricter, and today would seem diabolical. “Obeying strict rules, often had the consequences of death, not surprisingly. If the challenger was killed, the winner inherited all of his possessions of both the loser and the winner.”
(Source 1 Chapter Art of War Pg.53)

Other interesting facts about Vikings are that when they failed to invade the town, they had to come up with a logical plan. “The plan was to pretend their chief was dying to cover up their mistakes.” (Source 1 Chapter “Art of War” pg.53)

Vikings equipment was very specific. They used swords which were of single and or double edged axis. “Daggers or a short sword as also common, along with spears, bows and arrows shields, helmets, mail shirts, and large vessels. Vikings battle helmets, contrary to popular opinion, had no horns on them. Chieftains sometimes wore Chainmail coats. Vikings in fact, rarely wore helmets, plus armor was expensive and heavy in battle.” (Source 3 Vikings pg 18.)They relied mostly on their round wooden shields for protection. They attached their shields to the side of a Viking ship for extra defense.

Battles in Viking times were often climatic events. One or both sides of the war could lose a good amount of their armies in one day. In the Viking era, many Vikings commanders died in battle. Today our society pictures Vikings as bloody and crazy. This is somewhat true. “For example, a shield wall is when the warriors lined up side by side placing their shield in front of them, protecting their bodies and creating a wall.”
(Source 3 Vikings pg .20)
The battles in the Viking era was due to fatigue, hunger, and disease. Men in battle were under severe stress and sometimes placed in extreme volatile situations.
Challenges to combat was issued from the commanders to the opposing leaders, or by champions. “In cases of internal conflict, rivals, fought for kingship, the troops had little to fight for if the candidate who led the army fall.” (Source 2 chapter 5 battles)

Viking battle tactics that included the shield wall, was a device used by ancient Romans. With the maneuver, warriors had to stand side by side placing their bodies and creating a wall. Vikings held their spears over head and moved forward to attack their enemies. The shield was to be used for their enemies. “In what is called a shield-burg, a small number of warriors used their own shields to create a sort of fortress around themselves in front, in back, and overhead.”
(Source 3 Vikings pg 20.)

Vikings had some fun after their battles. “Vikings would celebrate in a mass and involve the reception of the Eucharist, and would also be accompanied by confession to a priest.” (Source 2 chapter 5 battles pg.83)
“Victory for an opposing Christian army might be interrupted as a sign that their god favored it as a victory for an opposing pagan army, that their god was punishing the losers.”
(Source 2 chapter 5 battles pg.83)

Vikings culture was based on raiding and killing anyone in their way. Viking ships were considered as a key element of Viking warfare, they didn’t however, have
sea battles. Viking ships were extremely fast and light, and this allowed them to head up rivers and penetrate islands. In Ireland and England Vikings would overwinter in hostile territories taking over bases. During the course of setting up bases, the Vikings mobility was reduced in Ireland, this caused them many defeats in battle. Viking enemies included Anglo Saxons, Norwegians, Icelanders, Danish, enemies the Vikings absolutely hated.Vikings loved to raid their enemies in close proximity with them.

Section 3:
Raiding was a important facet of Viking warfare. The Vikings used heavy ships and good strategic mobility and a strong grasp on logistics. Viking combat and tactics included winter campaigning and logistics. Vikings used horses for a way of mobility. Vikings would dismount the horses for battle. Shouting may have been a good form of communication for the Vikings at that time, however, a person can only shout so loudly. “Thus animal horns were used to to shout out signals and pick up slack. In order for Vikings to convey longer messages, they would bring in messengers. The messengers would have to run across the battlefield at high speed to give information to others from the main source.”(. )
Most movies or pictorial devices, make Viking warfare seem as savage, brutal, and showing no affection for others. But Viking warfare was not this way. These word pictures are exaggerated and it true.

The introduction of Christianity, brought a whole new moral dimension into warfare that had not existed before. The Vikings adopted many practices of their Christian neighbors. Scandinavian warriors new to the faith offered prayers and made donations. This is something really interesting. Most people do not think Vikings are Christians, but they practiced Christianity in their way of life. Vikings loved being Christian, they perceive it as a form of gift exchange.

In the Viking era many Vikings commanders died in battle. “During this time political bands were personal, and political, with military command usually held by the same person, every single time.” (Source )
In Viking warfare, the death of a commander was much more important than the numbers of warriors lost in the war.

The paper has discussed facts and research about Viking warfare. It has explained how Vikings really were; what a Viking warrior had to be. Sports and games that trained boys and adults to become physically and mentally strong in war, and how life was as a Viking warrior. Their basic equipment entailed; swords, shields, helmets, ships.

Vikings battle tactics, commanders, Christianity, victory, celebration, and the men in battle, was also discussed. How Vikings raids, that included Viking ships, that took them to Ireland and England was discussed. The side effects of from raiding, expansion of Scandinavia was also discussed, with Viking enemies such as; the Anglo Saxons, Norwegians, Icelanders, and the Danish. It included how they fought them, with extensive training, dualing, and showdowns with swords, ships, and shields. The paper talked about their later religion that became Christianity, and how it was incorporated it in their way of life,and their strategies for war, training and equipping horses for war, and animal horns, that were used to communicate with fellow warriors.

This paper explained facts that wouldn’t have been known to the readers, until they read the paper or did individual research on Vikings themselves. This paper and research makes Vikings seem a little civilized, not as the world has pictured them in the past and still today. Hollywood pictures them as violent and unkind. False information has even influenced the football team, the Minnesota Vikings, to have horns on their helmets. This entire paper highlighted and talked about Viking Warfare, perhaps a worldwide subject of interest.

This essay was submitted to us by a student in order to help you with your studies.

If you use part of this page in your own work, you need to provide a citation, as follows:

Please note that the above text is only a preview of this essay. 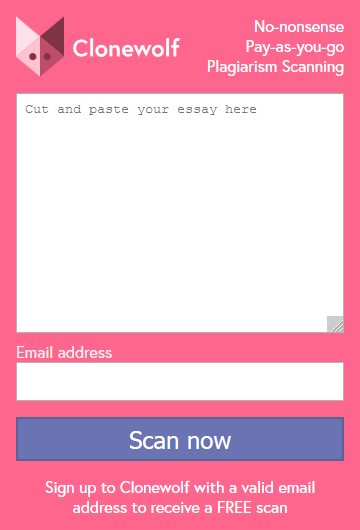